Behind the Sofa is a puppet based pastiche of a variety of Sci-Fi TV shows and films, suitable for all ages. This is a new and slightly different line of work for Fiona  –  the  show was created for Sci-Fi Weekender X in Sheffield in March 2019. 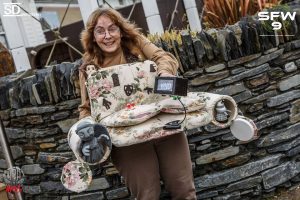 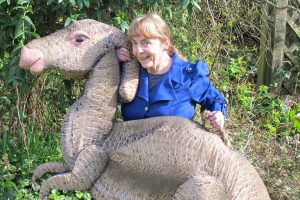 The plot races through at least eight sci-fi universes, (plus a little dip into steampunk) and lasts 35 to 40 mins. It involves bring up three adults from the audience (ideally) at different points in the show, and one or two children, making the show very interactive, and great fun. 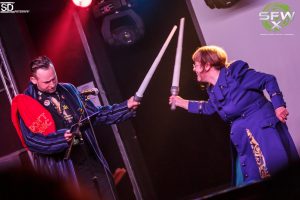 The responses were so positive, that the show is now available for other Sci-Fi Events, so if you’re looking for something fresh and exciting for your event, why not look Behind the Sofa. 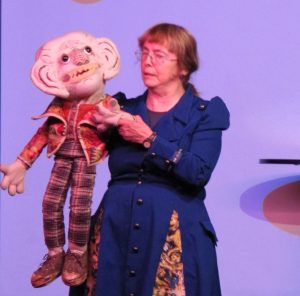 A review of Krypton Radio described the show as a “new Doctor Who and sci-fi love letter in a one woman puppet stage show”. 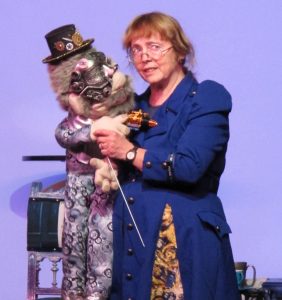 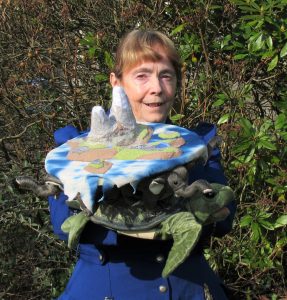