This shows the work of Ramshackle Theatre  Company, founded by Fiona Angwin, from it’s  beginnings in 1988, through into the development of  it’s schools based work from 1995 to 2001.

Ramshackle Theatre Company was formed in 1988 to tour a play about Pieter Bruegel, the Flemmish painter, into art galleries, museums, libraries and theatres, and venues for the tour included The Royal Exchange Theatre (Manchester), the Acorn Gallery (Liverpool), Oldham Art Gallery and the   Gateway Theatre, (Chester). 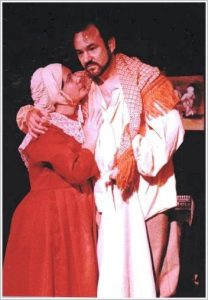 Other projects followed, mainly aimed at children,   some with a scientific or an environmental theme   (such as “Nightwings” – a play about bats,  “The Wind in The Willows” – followed by wildlife   workshops, and “Stargazer”, a play about   astronomy). These plays toured into theatres such   as The Georgian Theatre (Richmond, Yorks),   Falmouth Arts Centre, and the Harlequin Theatre   (Northwich), as well as to a number of unusual   spaces, such as woodlands, zoos (including   Edinburgh Zoo and Chester Zoo), stately homes,   observatories (including Jodrell Bank and Dundee   Observatory) and the Lake District National Park. 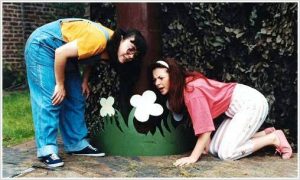 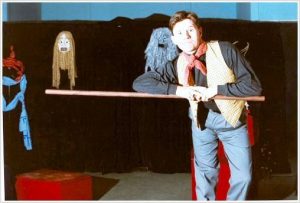 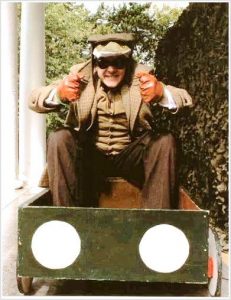 The Wind in The Willows

The Theatre company, now consisting of Fiona Angwin and Jeff Foster, started to concentrate on working in primary schools, and over the next few years produced nine productions touring into schools throughout the academic year. 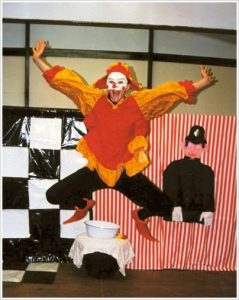 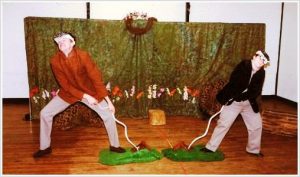 Jeff Foster In Punch & The Pawn and in Stoatally Confused

Later some two handed pieces have even toured as  far as Belgium! 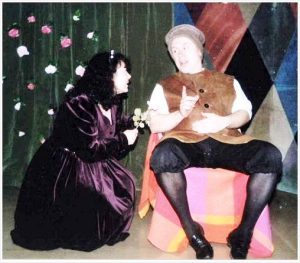 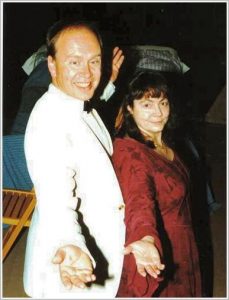 Kevin Tillett in “Beauty & The Beast” and in “Last Things”

The emphasis then shifted towards solo storytelling performances, with a number of pieces being produced for schools all over the country. This involved creating a number of one hour long shows each based on a single classic story, with Fiona bringing all the characters to life. 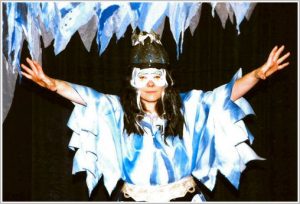 Fiona Angwin in a solo production of “The Snow Queen”