This explains recent Ramshackle Theatre   productions and shows the development of  the use of storytelling and puppetry which has become the style of The Yarn Spinner.

In 2003 Fiona Angwin and Daniel Jeffrey teamed up and the company started to develop a new style, in which storytelling was mixed with performance and puppetry, and multiple stories were told within each production, but were always held together by a theme and a strong through-storyline.

These shows proved popular in schools across the country. The company then moved its work outdoors, Fiona and Dan working together to make the life-sized realistic puppets and creating the shows which were performed in forests across the country in the summers of 2007 & 2008.

(In Autumn 2008 Fiona wrapped up Ramshackle Theatre to concentrate on developing her work as “The Yarn Spinner”.) 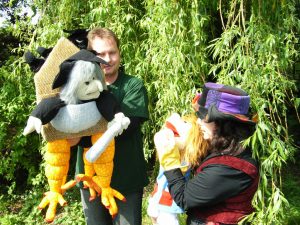 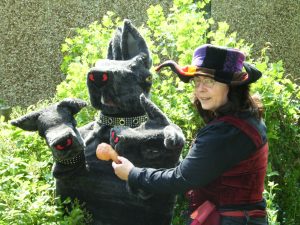 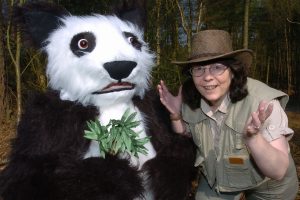 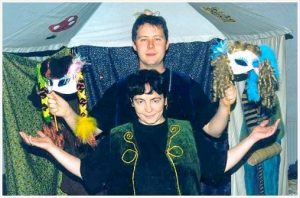